Glenn Maynard has a Bachelor of Arts degree in English from the University of Connecticut as well as a degree in Communications. After spending four years living in Denver, Colorado, he returned home to Connecticut and now resides in Wethersfield.

He was a travel correspondent for three newspapers while traveling through the United States, Canada and Mexico during a- one-year journey. He had a total of twenty newspaper articles published. His story was captured on the evening newscast upon his return. Currently, he is preparing to publish his fifth book, Chatroom with a View.

Glenn Maynard is the author of Strapped into an American Dream that details his one-year journey through the forty-eight continental states, Canada and Mexico in an RV. At one time, he was a correspondent for three newspapers during his travels.

​To learn more about Glenn, please visit his website - http://glennmaynard.weebly.com/ 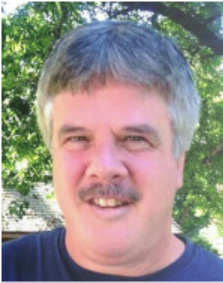